See Also: Book Notes, (me), Notes on Consciousness, Neuroscience of Human Relationships, Origin of Human Emotions
Previous Summer Sermon: Spirituality And Consciousness <> Why I Am UU 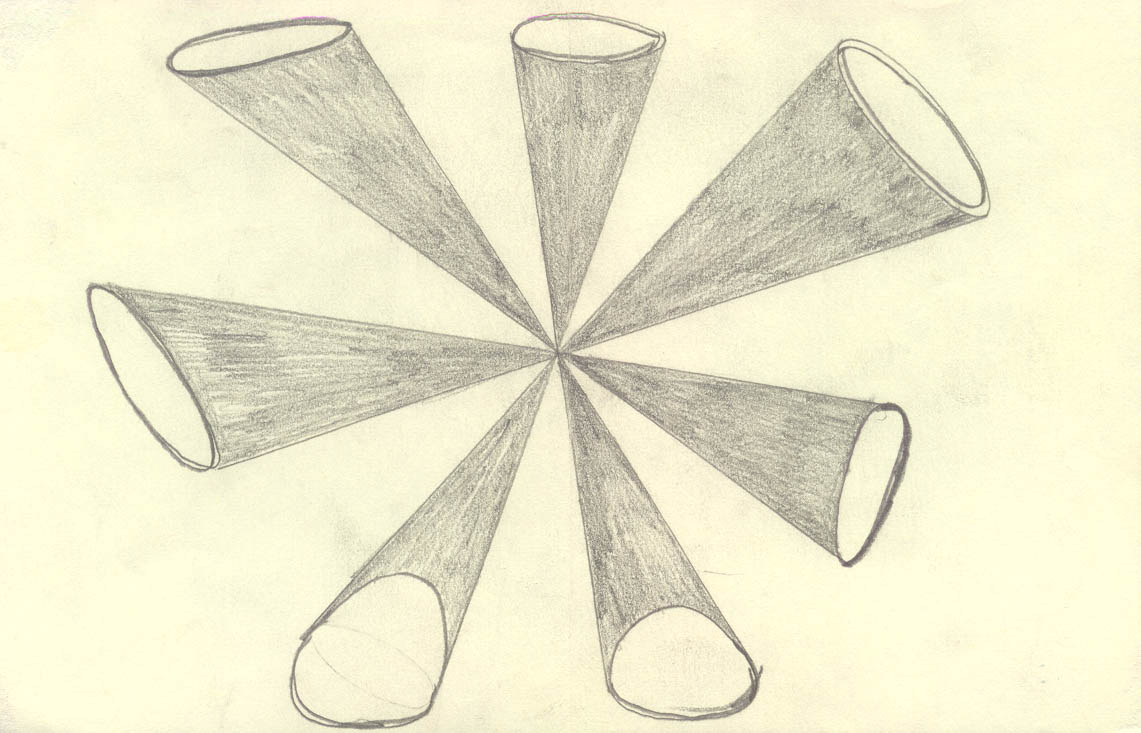 Being Moved in Community

One of the kernels of this sermon was a set of notes I took in worship right after I had a wave of emotion:

That last jot is about a beam of light shining on me. While I am letting "this little light of mine" shine, I am also being warmed by everyone else’s lights shining on me.

I would say more than half of Sundays I get an experience of intense connection to something. Usually just a flash of a second of two, sometime several seconds. It can happen anytime during the service, during the sermon, singing a hymn, and perhaps most often when reading in unison or responsively.

In the spring I read about an emotion called “Kama muta”, which is Sanskrit for ‘moved by love’: काममूत.

That’s why the talk is titled “Being Moved in Community”, as a word lover, it is fun that emotion and moving have the same etymological root.

My goal is to explore this wave of emotion. It is very deep, very primal and very moving.

On the website kamamutalab.org, they describe “a sudden feeling of oneness — of love, belonging, or union — with an individual person, a family, a team, a nation, nature, the cosmos, God, or a kitten”. And, they ask for descriptions of experiences of kama muta. That’s why I jotted down the notes.

The researchers convey a sense of seriousness and whimsy at the same time. Psychological and neuroscience researchers posit that there are a set of universal human emotions. Originally, Paul Ekman named six: Anger, Disgust, Fear, Happiness, Sadness, and Surprise. There is support for others. Jonathan Haidt identified: elevation, which is sort of like the opposite of disgust. When you see someone doing something good, it lifts you up. It elevates you. You might experience it when you see someone being kind or generous to someone who needs help. Kama Muta may be another one of these universal human emotions.

This feeling is very primal, perhaps, more primitive than our human emotions.

Jaak Panksepp spent his career looking at emotions that are common to all mammals. In the Origin of Human Emotions, he describes the the Primary emotions: Rage, Fear, Lust, Care, Panic/Grief, Play, and the most fundamental he called “Seeking”, which is rooted in the brain’s reward system (dopamine).

Before we are human, we are animals, not in a pejorative way, but, just as a matter of biological fact. We need food, water, air, and we benefit tremendously from exercising our physical bodies. I like the term meatspace, as in a pound of flesh, a term used in cyberpunk books, a form of science fiction. It refers to “real life” and it is in to contrast cyberspace. Meatspace is an ugly term, but, it grabs me because part of what I am talking about seems to have something to do with being in proximity as animals.

Let’s step back to the human emotions. Our emotions, at least the ones we identify and talk about are social. They help us navigate our tribe and help our tribe navigate us. There is a plethora of research showing how beneficial tribes, religious communities, and families are for our well being.

In Carl Reiner’s documentary about people thriving in their 90’s, _If you are not in the obit, eat breakfast_. The second piece of advice is to build face-to-face interaction into daily life. Elucidated by Longevity expert Dan Buettner, who says: "The happiest people in America are interacting face-to-face roughly six to seven hours a day. We evolved with these traits. we succeed as a species because we know how to collaborate and interact and that in turn brings us joy."

The traits that I think are so useful for face to face interactions in real life are features of our physical bodies, as well as aspects of our emotional make up. The physical traits are described by Louis Cozolino, author of The Neuroscience of Human Relationships. He says that Gaze, pupil dilation, facial expressions, posture, proximity, and touch are physical actions that happen subconsciously. They "create a high-speed information linkup between us, establishing ongoing physiological and emotional synchrony."

Gaze refers to being aware of where the other is looking and it is dramatically aided by having the whites of our eyes.
Pupil dilation indicates our receptiveness. Small pupils indicate we are being scrutinized, dilated means we are being accepted.
Facial expressions - some muscles are voluntary, and some are not. A genuine smile involves both voluntary and involuntary muscles.
Posture - are you leaning forward or back, arms crossed or open.
Proximity - are you in my personal space and do I like that.
Touch - when do you touch someone and what does it mean.

These mechanisms for communicating emotions and other information enable this physiological and emotional synchrony. Let me throw in one more bit of research on synchrony.

This spring I read about a study showing that brain waves became synchronized among students during class. The brain waves were measured by EEG, or Electroencephalography, which measures the electrical activity of the brain thru the scalp. A group of 12 high school students in biology class strapped on EEG skull caps for over 11 sessions of their class. The researchers followed a group of high school seniors for a semester and recorded their brain activity during their regular biology class. They found that students’ brainwaves are more in sync with each other when students are engaged during class. Brain-to-brain synchrony is also reflective of how much students like the teacher and each other.

I believe we experience brain-to-brain synchrony during our worship services.

I realize that was a lot of geeky research to throw out on a Sunday morning in the summer.

This wave of emotion is one of the reasons I come to worship. I was hoping that preparing for this sermon would give me more insight and the ability to articulate it more clearly. I get energy in our worship services that is very primal. This is distinct from the intellectual meaning, which is very rewarding and distinct from the verbal social communication that happens at coffee hour, which is also a big part of why I am here. And, this social behavior extends out of the meetinghouse and into personal friendships.

Perhaps it is simply the feeling of belonging or of being witnessed and witnessing others.

While I would love to be able to articulate this for my own understanding of what it is to be human, I would like to be able to describe this wave of emotion in objective manner that might appeal to the “nones”, as in none of the above. The “nones” include people who self-identify as atheists or agnostics, as well as those who say their religion is “nothing in particular”.

How can we tell them what we are offering in a way that overcomes their distaste for organized religion?

I do not have an answer for that, yet.

Opening Words, by Arjun Rampal, Read more at: Brainy Quotes
Going to religious places gives me clarity. When I am sitting there, I am in a state of gratitude with my defence mechanism down and am open to receiving that energy, that gives me clarity as at that time, you are listening to your heart. The heart shows you the direction in life. The mind exists only to execute your emotion.

Closing Words, by Frans de Waal, Read more at: Brainy Quotes
The whole reason people fill their homes with furry carnivores and not with, say, iguanas and turtles, is because mammals offer something no reptile ever will. They give affection, they want affection, and respond to our emotions the way we do to theirs.

I would have like to use this quote from Barrett: How Emotions Are Made, but, it has too much jargon in in. "You might believe that you are a rational creature, weighing the pros and cons before deciding how to act, but the structure of your brain makes this an implausible fiction. Your brain is wired to listen to your body’s needs. Affect or your emotional state, is in the driver's seat and rationality is a passenger. It doesn't matter whether you're choosing between two snacks, two job offers, two investments, or two heart surgeons your everyday decisions are driven by a loudmouthed, mostly deaf scientist who views the world through affect-colored glasses."

We the people of First Parish of Sudbury pledge that we will come together with open minds and open hearts, always seeking to learn, to share, to respect and forgive, and to help each other grow towards our best selves.

One community, first and foremost, compassionate, respectful, and generous, we pledge to listen to each other, express our views openly, handle disagreement with honesty, humility and humor, and nurture our sense of belonging together.

We pledge to participate in the work of the congregation to the best of our abilities, to practice and encourage leadership, and to support our ministry materially, emotionally, and spiritually.

The chalice lit amongst us is a beacon
by Debra Faulk

The chalice lit amongst us is a beacon
A beacon of hope, in a world in crisis
A beacon of possibility, made manifest in community
A beacon of warmth through our interconnections
A beacon of light illuminating our shared wisdom
A beacon of connection by our being together